This page focuses on the many award-winning works of contemporary Spanish speculative fiction that need to be translated and published in English. Translators, publishers, editors: you know what to do!

Winner of the Premio Ignotus, 2003

“In the near future, a police officer recovering from injuries in a bomb blast is assigned to investigate the murder of an alderman in Supra Beni, a megalopolis suffering from rampant corruption. Supra Beni is a single giant building that developed from today’s Benidorm, a tourist city filled with skyscrapers on the Mediterranean coast near Valencia.”- Sue Burke

Winner of the Premio Ignotus, 2016

“It is divided into seventy-three chapters, recalling the seventy-three seconds that the eponymous space shuttle was airborne before disintegrating, their prolegomena and consequences for a handful of characters. The concentration on this smallest of time-frames establishes the novel’s particular thesis: focus in depth on a particular slice of life, and its inexplicable edges will be vividly brought to life, the unnatural will end up revealing itself organically as a part of that very nature which had previously appeared to reject it. Telepaths, sects, mediums, sea monsters, and the suggestion of parallel realities all sit comfortably alongside realist tropes: suburban housewives, mafia bosses, corrupt or inept politicians, unethical lawyers… This is one of the great technical achievements of the book, and one that makes it stand out in the Spanish market, where genre writing tends to follow Todorov in its exploration of the fantastic as a disruptive element ‘entering the real’. Here the fantastic and the weird is not alien or distortional: it is born out of the very impossibilities and general messiness of real life, its wonders and sorrows, magnified in that instant at which life and death fatally interact, at a scale that touches a whole community, a whole country, even humanity itself.”- Marian Womack, Weird Fiction Review

Winner of the Premio Ignotus, 2007

“In medieval Spain, the orphan Esteban survives in the rough world of the Spanish Reconquest by his wits, poetry, knavery, and magic. Torn between good and evil, he uses his skills to fill the post of troubadour for Rodrigo Díaz de Vivar, “El Cid.” When El Cid dies, Esteban’s black arts might help win a crucial battle.”- Sue Burke

Winner of the Premio Ignotus, 2005

“Andrea finds a computer disk next to a dead man that contains the code to create an artificial intelligence. Alex recognizes the code as the one used to recreate his associate Lurquer as an artificial intelligence shortly before his suicide. Amid their personal rivalries, they discover that the dead man does not seem to have existed, but a worldwide conspiracy does.”- Sue Burke

Winner of the Premio Ignotus, 2004

“This epic fantasy, part of a trilogy, centers on Zemal, a legendary sword of fire and symbol of power that every warrior aspires to possess. Seven aspirants fight for it in a battle that eventually threatens to break the peace between gods and men. Warriors and sorcerers must unite to defeat chaos and destruction.”- Sue Burke 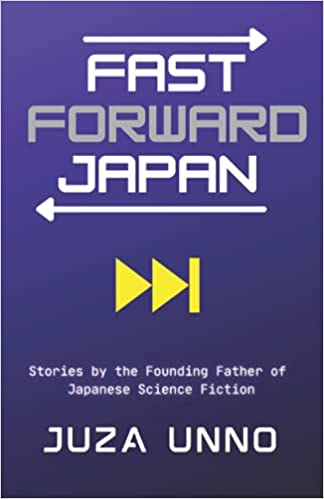