SFT on Words Without Borders 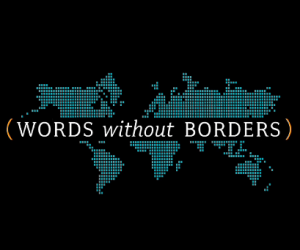 The lovely people at Words Without Borders published my recent essay on why “We Need More Speculative Fiction in Translation.”

“After all, speculative fiction (science fiction, fantasy, horror, magical realism, etc.) is and has been written around the world since those genres emerged. The rise of Anglo-French science fiction at the turn of the twentieth century changed what Anglophone critics saw as “science fiction” and in turn influenced the genre throughout the world, due in part to colonialism and market domination. Around 2000, though, SFT shifted into high gear. Not only was more SFT being published every year, it was also being studied by Anglophone scholars who, in turn, were no longer so discouraged from writing about SF within the academy. Just since the start of the twenty-first century, for example, we’ve had collections of essays like Dale Knickerbocker’s Lingua Cosmica: Science Fiction from Around the World; Ian Campbell’s Science Fiction in Translation: Perspectives on the Global Theory and Practice of Translation; Lars Schmeink and Ingo Cornils’s New Perspectives on Contemporary German Science Fiction; and Zachary Kendal, Aisling Smith, Giulia Champion, and Andrew Milner’s Ethical Futures and Global Science Fiction. Kevin Reese’s Celestial Hellscapes: Cosmology as the Key to the Strugatskiis’ Science Fictions has introduced many young Anglophone readers to two of the greatest Russian SF authors who ever put pen to paper, while my own Out of This World: Speculative Fiction in Translation from the Cold War to the New Millennium (which includes chapter introductions from a variety of talented translators, editors, and authors) documents the SFT that has been available to English-language readers since the 1960s (spoiler: there’s a lot of it).”