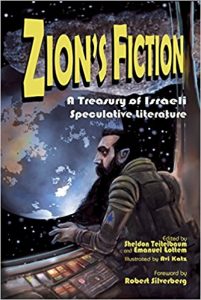 “This anthology showcases the best Israeli science fiction and fantasy literature published since the 1980s. The stories included come from Hebrew, Russian, and English-language sources, and include well-known authors such as Shimon Adaf, Pesach (Pavel) Amnuel, Gail Hareven, Savyon Liebrecht, Nava Semel and Lavie Tidhar, as well as a hot-list of newly translated Israeli writers. The book features: an historical and contemporary survey of Israeli science fiction and fantasy literature by the editors; a foreword by revered SF/F writer Robert Silverberg,; an afterword by Dr. Aharon Hauptman, the founding editor of Fantasia 2000, Israel’s seminal SF/F magazine; an author biography for each story included in the volume; and illustrations for each story by award winning American-born Israeli artist, Avi Katz.” 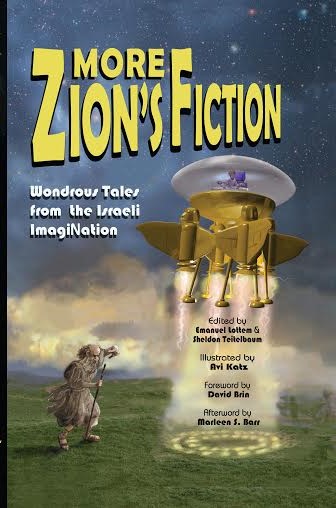 Forget about start-up nation! Inspired by a science fiction novel – the 1903 proto-Steampunk utopia Old New Land by Theodor Herzl – the State of Israel is the quintessential science fiction nation.

Herzl, the Austrian journalist once famously declared: “If you will it, it is no dream.” Herzl’s dream was to create a modern Jewish state in the historical homeland of the Jewish people. Ours is to forge out a literary refuge for the kind of unbridled literary fancy his aspirants, tasked with transforming his science-fictional vision into a hardscrabble reality, could not bring themselves to accomplish. Yours, we hope, will be to help us pry open a long-shuttered window into the dreams and nightmares of a nation quite unlike any other.