While 2016 might have been a terrible year in many ways, it was a great year for speculative fiction in translation, and 2017 is on track to be even better! With books (so far) from Italy, France, China, Poland, Japan, Mexico, and Haiti, we’re in for a wonderfully diverse ride, filled with zombies and ball-lightning, elves and post-nuclear communes, and much more. And did I mention that we get a new novel by Cixin Liu ?!?!?!

Here are the 9 works of SF in translation that I know about at the moment, but I’ll continue to update the list on sfintranslation.com. Let us know if you have anything to add to the list! 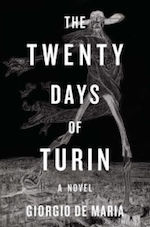 Written during the bloodiest days of Italy’s domestic terror (1970s), Twenty Days focuses on the creation and subsequent erasure of “the Library,” a place where lonely citizens can read one another’s private diaries and connect with like-minded people. However, after a twenty-day “phenomenon of collective psychosis,” in which Turin becomes the site of horrific massacres, the Library is abolished. But then one investigator starts looking into this series of events and talking to the city’s occultists… 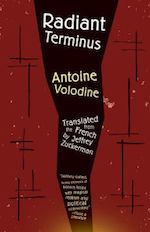 Following the fall of the Second Soviet Union, the few humans who survived a series of nuclear meltdowns have gathered into communes. One is run by the psychotic Solovyei, who can invade people’s dreams and torment them for thousands of years. When a new group joins Solovyei’s commune, they help jumpstart a plot to overthrow him. 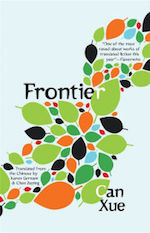 From the winner of the 2015 Best Translated Book Award comes the story of Liujin, a young woman who moves to the surreal Pebble Town at the base of Snow Mountain. Certain of its inhabitants can enter a paradisiacal garden,and the place itself is surreal. Through this story of Liujin, Frontier takes on life major dualities: barbarism and civilization, the spiritual and the mundane, and much more. 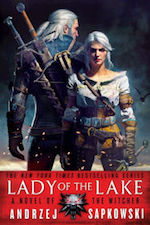 Lady of the Lake by Andrzej Sapkowski
Translated by David French (Orbit, March 14)

The latest in Polish fantasy writer Sapkowski’s Witcher series, Lady of the Lake follows Ciri in her attempt to cross back through the portal in the Tower of Swallows and rejoin the Witcher, Geralt, and his companions. Struggling against an Elven world where Time doesn’t exist and the way home is concealed, she must nonetheless use her gift of prophecy and determination to return to a world at war.

It is the year 2020 and several people around the world notice some suspicious orbiting space debris. Some believe that it is a weapon targeting the International Space Station. Ultimately, the Japan Aerospace Exploration Agency, NORAD, and the CIA are all drawn into a global fight against space-based terrorism. If this book is anything like Gene Mapper, it’s going to be awesome. 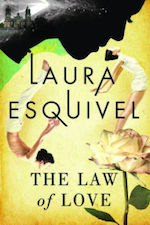 The Law of Love by Laura Esquivel
Translated by Margaret Sayers Peden (AmazonCrossing, May 2)

Magical realism, twin souls, and intergalactic politics merge into a unique and imaginative novel of love and reincarnation. 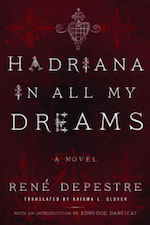 Hadriana in All My Dreams by René Depestre
Translated by Kaiama L. Glover (Akashic Books, May 16)

You’ve never read about a zombie like Hadriana. Transformed into the walking dead on her wedding day, Hadriana becomes part of popular legend, one imbued with magic, eroticism, and even humor. Hadriana in All My Dreams won the prestigious Prix Renaudot. 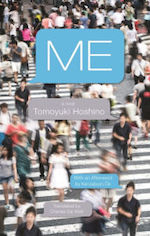 There’s speculative fiction that imagines other worlds and alternate realities, and then there’s the kind that unsettles us precisely by its slight tweaking of everyday situations. Me is the perfect example of the latter. When the narrator engages in a common telephone scam, he suddenly finds himself inhabiting a new identity. No one seems to notice that he and others have switched families, as if the switch itself had never happened. A strange, unnerving story set in contemporary Japan. 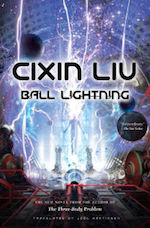 You read that right—another novel from Cixin Liu!!!! I’m so excited. In this standalone work of military sf, Liu takes us on an adventure in which investigations into particle physics run up against essential questions about ethics and scientific inquiry. Liu can make even the most esoteric physics or mathematics problems engrossing for even the most right-side-of-the-brain people.