Tor Post: Ten Spec Fic Anthologies in Translation From Around the World

If you’ve gotten your hands on the latest anthology from Jeff and Ann VanderMeer—The Big Book of Science Fiction (Vintage, July 12)—you’ve seen just how many wonderful stories they’ve included from around the world. So if you’re itching to read more speculative fiction in translation, check out these ten anthologies featuring fiction from Austria and India to Mexico and Japan! You’ll see just how wonderfully diverse this world can be… 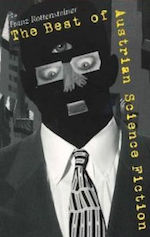 While Austrian science fiction doesn’t traditionally have an established place in Austrian literature, it is nonetheless noteworthy for being written by professional scientists and others not known for writing outside the SF genre. Those finding a place in this anthology include the physicists Herbert W. Franke, Peter Schattschneider, and Michael Springer. 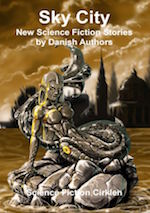 Science fiction is a small but thriving subculture in Denmark, and Sky City includes some of the best original SF stories by Danish authors from 2007-8. And while the Anglo-American influence is apparent in these stories, these Danish authors have made subjects like time travel and alternate history all their own. Pieces include “Sky City” by Manfred Christiansen, “When the Music’s Over” by A. Silvestri, and “The Green Jacket” by Gudrun Østergaard. 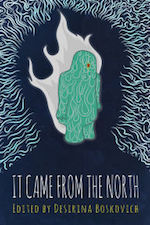 It Came From the North: An Anthology of Finnish Speculative Fiction
Edited by Desirina Boskovich
Various translators (Cheeky Frawg Books, 2013)

Wounded trolls, ancient portals, restorative swamps: these are just some of the fascinating and “uncanny” subjects explored by the writers included in It Came From the North. You may have already heard of/read Johanna Sinisalo, Leena Krohn (Cheeky Frawg Books), and Pasi Ilmari Jääskeläinen (Thomas Dunne Books)—here’s your chance to sample even more exciting Finnish speculative fiction. 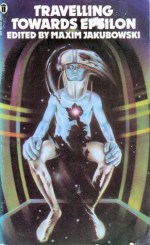 We may not see a lot of French science fiction in English translation, but there truly is a wealth of it out there—after all, French authors have been writing speculative fiction for the past 300 years. Travelling Towards Epsilon offers us an important glimpse into this tradition, with stories from the 1950s through the 1970s by masters like Gerard Klein, Suzanne Malaval, and Maxim Jakubowski. 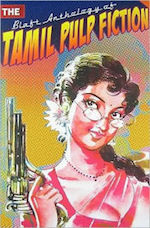 Here’s a fantastic way to sample non-English-language Indian speculative fiction. From mad scientists to murderous robots, The Blaft Anthology of Tamil Pulp Fiction showcases seventeen stories by writers of Tamil crime, romance, science fiction, and detective stories, none of which have been translated into English until now. Volume II came out in 2012, and Volume III will be out soon. 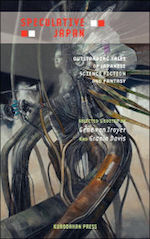 I have Speculative Japan 3 (2012) sitting on my TBR pile as we speak, and you have no idea how much I’m looking forward to it. Thanks to publishers like Kurodahan and Haikasoru (whose recent anthology, Hanzai Japan: Fantastical, Futuristic Stories of Crime From and About Japan, is excellent), we English-language readers have a wealth of Japanese speculative fiction to enjoy. In Speculative Japan, you’ll find stories by Issui Ogawa, Humio Takano, and many others. 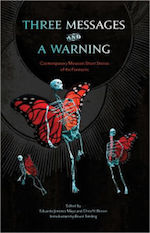 With many of these stories only now available to English-language readers, Three Messages and a Warning offers us an excellent opportunity to learn more about the Mexican speculative fiction tradition. Here we have a story narrated by an oak tree, a dream network that manipulates time, a confrontation between a man and his previous self, and many other intriguing tales (you’ll find poetry here, too). 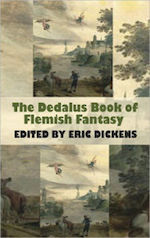 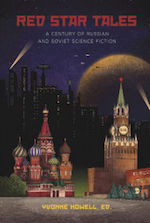 I read this anthology last year and found myself scribbling down so very many names of authors to follow up on. Red Star Tales offers a wide variety of sci-fi stories from the Soviet era and beyond, including tales by the Strugatsky brothers and early pieces by Valery Bryusov and Alexander Belyaev. Divided into three parts (Red Star Rising [1892-1915]; Red Star in Retrograde [1926-1946]; and Red Star Reforming [1958-1992]), this collection is essential for anyone interested in learning more about the Russian take on the spec fic genre. 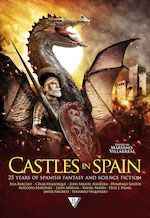 As with Japanese and Russian spec fic, Spanish-language spec fic in English is thankfully easy to come by these days (thank you, Sportula and Cheeky Frawg!). Castles in Spain is just one of several anthologies of Spanish-language speculative fiction published during the last few years, and it is a treasure. With stories by such eminent authors as Elia Barceló, Félix J. Palma, and Rodolfo Martínez, you’ll find much to love in Castles in Spain, from Martian landscapes to cloning experiments and beyond.