Flash Fiction From Around the World: “Ron”

This is the fifth in a series of posts featuring speculative flash fiction in translation. The series highlights both new and established spec fic writers from around the world. 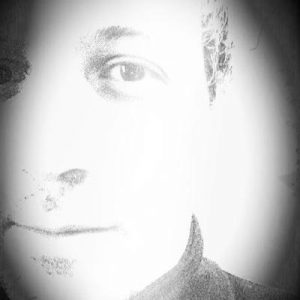 “Ron,” by the Italian writer Ben Bamboo Korami, was the winner of a flash fiction contest held by Acheron Books in conjunction with sfintranslation.com. I enjoyed translating it (with the help of Daniele Forlino) and I know that you’ll enjoy reading it!

Ron Kasemero hadn’t imagined it like this, two-and-a-half months before he turned thirty-two. But everything had already started, and it would soon be over. So he sat down, letting himself sag against the white column, and listened to the darkness.

There were two of them and it was night down there. It had rained and then stopped and then the piercing shrieks of those that were being devoured across the Tiber river had begun to fill the air and neither of them had said anything for a while. There was nothing to do but reflect and figure out which direction to take.

“The hybrid would be dressed in white,” Hugh, also known as “Sbarra,” told him. “And he spoke from up there. He would look out more or less once a week and everybody down here would begin to scream like assholes. Shit, like festive assholes.” He laughed and spat, also leaning his back against the column.

Ron raised his gaze in that direction. He had heard of it, he thought. He chewed his gum and had no desire to say anything. He looked at the building, the windows of which betrayed a glorious past; now they were wide open between the dismembered walls and inhabited only by darkness. And the hybrid.

A loud scream tore through the air. It seemed uncomfortably close. They both turned their heads in the same direction, convinced that they would see the children emerge from the darkness covered in blood. But Conciliation Road was empty, apart from the ashes swarming amid the rubble and the useless carcass of some angel, crucified on the edges of the collonade, with his fanged mouth wide open and the black scleras of his eyes still barred, staring at nothing.

“It’s Leather, come in He-doll. We are at Two Point Eight,” Ron mumbled into his wrist locator. The device came to life; it lit up, emitted a “beep,” and immediately flashed an indigo prism against the floating dust. In an instant, the silhouette of a distinguished gentleman in his fifties, in a crimson tie and dark blue jacket, took shape in front of the two soldiers.

“Finally, Leather. Here you are at Two Point Eight.” The creature had the features of a man and the soft voice of a woman. His tone was calm, almost amused; behind him, the monumental Taj Mahal occupied a corner of the frame. It was already morning over there.

Ron spat on the ground, blinked, and cleared his throat. “Good,” he said, “now that you dumped us in this shithole, where should we start?”

The creature in the blue jacket smiled, crinkling the skin at the corners of his almond-shaped eyes. “You’ve offed other angels, yes?” he asked.

“There is a barrier line a half-mile from here,” snapped Hugh, stepping in front of Ron. “The damned angels will have a shitload to tell to their master right now. We are not here for them. We are here for the object.”

“Yes, the terms are clear and we are all in agreement,” echoed Ron softly. “Let’s take what we need and leave. No bullshit, no applause. We do what we have to do and get out. The angels are not our problem. We’re here only for the object. Fuck the rest.”

“Sure, sure. The object,” nodded the calm creature in the blue jacket. At that moment, a beautiful woman wrapped in a transparent shawl approached him and poured him a drink. She only had one arm, but the shape of her body, of what remained of her body, was sinuous and perfect. The creature in the blue jacket waited for the woman to leave the frame, offering her one last winking smile.

Then he looked back at the prism coldly. “The object is in the building in front of you,” he said.

“The building of the hybrid dressed in white who spoke to the crowd?” Ron asked.

“That very one. Enter and take it. And don’t contact me again before three quarz.” Then the bright prism faded and the darkness surrounded them once more.

They stayed for a while in silence, scratching their faces and sniffling. “Let’s go,” Ron Kasemero said finally as he rose. “Yes, let’s go,” said Hugh.

They walked side by side, between what remained of Bernini’s white columns, trampling shards and rubble and mushy organic pieces. The cellular-fusion rifle was loaded and buzzing, pointed straight ahead of their stomachs.

“They call those cannibalistic monsters “angels” just because they look like kids,” Hugh muttered, shaking his head.

“They have wings, a pecker the size of a toenail, and short, chubby legs,” Ron observed calmly, still chewing his gum. “What the fuck should we call them?”

They entered what had once been an immense sanctuary. Or something like that. They looked toward the ceiling. A huge gash opened up above them, where the tentacles of the Purple Flower had decided to make their way into the sky. The dome had collapsed, part of the side wall had collapsed. Almost everything had collapsed.

The Purple Flower had been killed only the night before by a team of raiders, but its stench of death gripped Ron’s nostrils with the viciousness of a stray dog, as if it had been dead for a month already.

“It is rotting like a carcass, and fast,” Hugh commented, wrinkling his nose as they passed it, “this flower looks like a buffalo carcass.”

No. Ron hadn’t imagined it like this at all, two and a half months before he turned thirty-two. But at this point, everything had started and would be over soon.

Where had they gone wrong, after all? What had they forgotten along the way in all those years? There really were prayers once, and all that stuff, which would have helped people sleep well, before the hybrids arrived, before the kids with wings devoured the world, before, before then?

Then he turned to Hugh. “How many times have you prayed in your life?” he asked.

Hugh looked at him, smiled, spit a doughy lump of saliva on the ground, smiled again. “Fucking never,” he said. “What a shitty question.” He shook his head.

For Ron Kasemero, then, everything became clear.