Flash Fiction From Around the World: “Bluebeard Possibilities”

Welcome to the first in a series of posts featuring speculative flash fiction in translation! This series highlights both new and established spec fic writers from around the world. 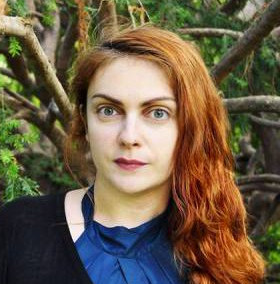 Sofia Rhei is a humor and fantasy writer. She has published more than 30 books, mostly for children. Some of her poems and short stories have been translated into English. Her new novel is called Róndola. 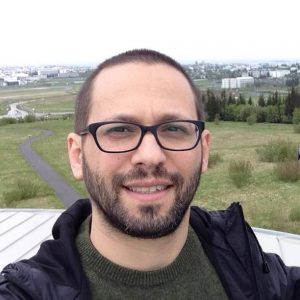 Lawrence Schimel writes in both Spanish and English and has published over 100 books as author or anthologist for readers of all ages. As a literary translator, his most recent translations are The Treasure of Barracuda by Llanos Campos (Little Pickle Press, October 2016) and Monteverde: Memoirs of a Space Linguist by Lola Robles (Aqueduct Press, November 2016).

“When I leave, don’t open this room under any circumstances,” the stepmother said.
The little girl promised. But as she was at the same time obedient and curious, she convinced her best friend so that he was the one who opened it.
Within the room was the stepmother, who was an ogress, waiting with her mouth open to eat her up. Nonetheless, the children were poisonous for her.

There was no man more handsome: she even liked his strange blue beard. On marrying, as he knew she was curious, he gave her a ring full of keys and a castle full of doors. “Nonetheless, I must warn you,” he said, “that one of these doors leads to a certain death.” She smiled, accepting the game.

When the key was stained with blood, she tried to clean it in every way possible. Nonetheless, there was no way to accomplish this. Then it occurred to her that she could disguise herself as a cadaver and pretend that she was hanging from the ceiling like the other dead women. He would not know how to distinguish her from the others.
Bluebeard returned, and found the door open, full of wives. He no longer remembered what the last one looked like. He poked all the wives with a needle to see if one of them shouted, but none of them did so. So he grew bored and went to bed.
She opened her eyes, and saw that none of the other wives were dead.

Each night, in his dreams, Bluebeard faced seven ghosts with peeling flesh and enormous eyes, blue like the flames of hell, who always overcame him and tortured him. Therefore, during the day, the poor man needed to wreak vengeance on all women.

She didn’t accept the key.
He killed her anyway.
The other dead women told her that they had done the same.
But at last we are seven, they said. Now we can avenge ourselves.

Bluebeard should never have married a woman named Pandora.
She fell to the temptation and open the door, yes, but she also let loose everything that been inside.

On entering the room, one of her fingers became the key, while her real finger remained trapped inside the door.

When he returned, the first thing he did was look at her hand. But she was quicker and, using her new metal finger, gouged out his eyes.

On entering the room he saw seven mirrors. In each of them appeared reflected a woman who seemed like her, but subtly different. All of them lacked something that she had, but all of them also had something she lacked. She understood that Bluebeard was searching for the perfect woman, but that he hadn’t found her yet.

She wrote down all the qualities of the other wives and her own as well, and gave the message to a messenger pigeon to bring to her sister.

At least she could be happy.

She promised herself that she would never open the door. Nonetheless, the begging voices of the seven ghosts would not leave her in peace.

– first published in The Raven Chronicles