Spanish science fiction is almost unknown outside Spain and its impact abroad is much below what it truly merits. Few are the works that make waves, the most outstanding being the “Victorian Trilogy” of Félix J. Palma, whose first novel, The Map of Time, reached the New York Times best-seller list. Other noteworthy titles are the SF thriller Zigzag by José Carlos Somoza, finalist in 2008 for the John W. Campbell Memorial Award for best SF novel of the year; Tears in Rain by Rosa Montero, a follow-up to Blade Runner; and the 1887 classic The Time Ship by Enrique Gaspar which describes a time machine eight years before H.G. Wells did so.

Meanwhile, two masterpieces are still awaiting a publisher who will dare to translate them into English. 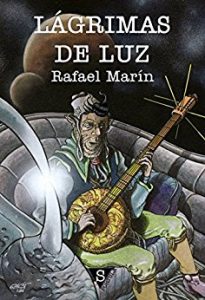 Abstract
In the midst of the glorious Third Middle Ages, while humanity on the old Earth slowly languishes in itself, the ships of the Corporation have launched into the Great Conquest of other galaxies. The alien worlds are devastated in the name of human expansion, and these acts of war are sung by the official poets of the Conquest, men who on board the ships compose their epic poems about the great warlike exploits, duly embellished, exalted… deformed.

This is the framework where the fascinating story of Hamlet Evans unfolds: desirous of moving away from the slavery of planet Earth and carrying out great deeds, his longing and after his disenchantment will lead him to be a cleric in the asteroid Convent, official poet of a ship in fight on the planets beyond the Border, minstrel and peasant in a world where only living is already a punishment, rebellious slowly maturing through traumatic experiences, clown, traveling actor, owner of a circus…

Opinion
This work, written with a lyrical style, a disillusioned tone and an attractive medievalized high technology background, narrates the life of the bard Hamlet Evans, a troubadour hired by an economic-military corporation to extol the virtues of the conquest of space and to erase the memory of its excesses and crimes. The novel occupies a place of honor in the history of Spanish science fiction, since its unarguable literary merits are united with its status as the first work that aimed at being universal. It broke Spain’s long-standing inferiority complex.

Related Works
In spite of being a unique novel, there are two stories related to the universe of the Corporation: “A tumba abierta” (“To Open Tomb”, published in 1991, Ignotus Award in 1992) and “Ébano y acero” (“Ebony and steel”, 1996). There are also many articles published and one essay: Lágrimas de luz. Posmodernidad y estilo en la ciencia ficción española (Tears of light. Postmodernity and style in Spanish science fiction) by Mariela González.

Rafael Marín (Cádiz, 1959) is the author of Tears of Light (1984), one of the greatest classics of modern Spanish science fiction. In his bibliography is remarkable the trilogy of fantasy La leyenda del navegante (The Legend of the Navigator, 2006), the homage to the comics of superheroes Mundo de dioses (World of the Gods, 1997), the terror of La ciudad enmascarada (Masked City, 2011) and the medieval ucronía Juglar (2006), carried out by “El Cid”, hero of the Spanish reconquest against the Muslim domain. The best of his brief production is collected in Unicornios sin cabeza (Unicorns without Heads, 1987) and Piel de fantasma (Phantom Skin, 2010), where reflects a deep preoccupation by the style and his commitment by the use of autochthonous referents. As scriptwriter of comics, highlights his work in team with Carlos Pacheco in the series Iberia Inc. (Iberia Inc., 1997), Triada Vértice (Triada Vertex), The Inhumans and The Fantastic Four by Marvel Comics. 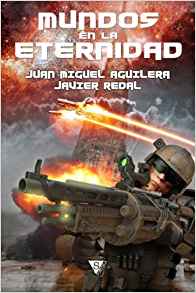 Abstract
The globular cluster of Akasa-Puspa, in the distant future: remote worlds in the abyss of intergalactic space. A small universe of ten million of suns so close together that interstellar travel is possible even with the most elemental technology, shaken by continuous waves of civilization and barbarism, in whose planets the babels rise: colossal towers that give access to the space.

The last empire that dominated Akasa-Puspa is in decline and Khan Kharole, the barbarian general, struggles to keep civilization in its confines. To do this, he must ally himself with Srila, supreme religious leader of Akasa-Puspa, who aspires to the supremacy of the Brotherhood over the remains of the Empire.
Far from all palace intrigues, Jonah Chadragupta is a scientist who investigates the origin of Humanity in Akasa-Puspa, how did the first humans arrive there and in what circumstances. He is recruited for a mission in a remote area of the cluster, where he will find the surprising and spectacular answer to this enigma.

Opinion
This hard science fiction novel is set in the remote future, in Akasa-Puspa (literally “the flower in the sky” in Sanskrit), a global cluster in one of the spiral arms of the Milky Way where the short distance between the stars allows for quick travel in manned Imperial fusion ships or the slower but equally effective self-directed solar sail mercantile ships of the Utsarpini or religious caste of the Brotherhood.

In Akasa-Puspa humans coexist with alien species like the extremely bellicose Angriffs, the enigmatic Hivers or the strange nested creatures of the Little Guild. This vast cosmic background in a state of permanent conflict is the setting for scientific discoveries and an ingenious commerce system of unmanned ships, for disputes over political and economic interests, and for several wars.

The novel was written with careful scientific and speculative rigor, incorporating the latest theories in biology, evolution, cosmology and eschatology. It has been justly compared to classics like The Mote in God’s Eye by Larry Niven and Jerry Pournelle and Ringworld by Larry Niven.

Juan Miguel Aguilera (Valencia, 1960) is co-author of the novels Mundos en el abismo (Worlds in the Abyss, 1988) and Hijos de la eternidad (Sons of Eternity, 1990), later merged as Mundos en la eternidad (Worlds in Eternity), a diptych of Space Opera considered as the great classic of Spanish science fiction. He has also published the novels El refugio (The Refuge, 1994, with Javier Redal), Némesis (2011, with Javier Redal), El sueño de la razón (The Dream of Reason, 2006), the thriller La red de Indra (The Net of Indra, 2009), the medieval uchrony La locura de dios (The Madness of God, 1998) and the novel of voyages Rihla (2004), where it describes the discovery of America by Muslims of the kingdom of Granada. Passionate about science, his novels and stories transmit like few the sense of wonder, to the height of the best science fiction in the world. He has published and received several awards in France, Belgium and Italy. He has worked on the screenplay for the feature film Náufragos (Stranded) and illustrated a large number of covers of science fiction novels.

Javier Redal (1952-2016) is co-author of the novels Mundos en el abismo (Worlds in the Abyss, 1988) and Hijos de la eternidad (Sons of Eternity, 1990), later merged as Mundos en la eternidad (Worlds in Eternity). He is also co-author of the novels El refugio (The Refuge, 1994) and Némesis (2011), the novellas En un vacío insondable (In an Unfathomable Void, 1994) and “Maleficio” (Hex, 1995), and some stories such as: “Ari el tonto, (Ari the Fool, 1992). He wrote many articles about science and won several Ignotus awards of the Spanish Association of Fantasy, Science Fiction and Terror, for his narrative but also for one of his articles: “I, Robert Graves” (I, Robert Graves, 1991).