All this week, I’ll be highlighting the unexpectedly large number of Danish works of speculative fiction available in English! 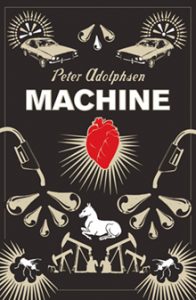 “The heart of a prehistoric horse 55 million years ago eventually transformed into oil, refined into gasoline, put in a car and released as exhaust fumes, breathed in and triggering a cancer in 1975”- The Complete Review

“Given how short it is, this book is a wonderfully inventive book full of fascinating ideas and explanations. As well as the Pinto affair, we learn about trepanation, Mormons, mole-rats, Native Americans, LSD (the drug) and the collapse of empires. We also learn a lot of science which is explained succinctly but, nevertheless informatively. If someone had said to me that I would enjoy a book where an oil molecule is the main character, I would have questioned their advice. However, this book is very clever, very original, witty and a joy to read.”- The Modern Novel 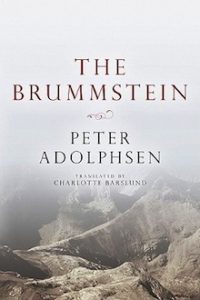 Next from Adolphsen is The Brummstein (2003), translated by Charlotte Barslund (Amazon Crossing, 2011).

“The Brummstein begins in 1907, when Josef Siedler, a science-fiction devotee, ventures deep into a series of caves in search of an entrance to the underworld. Disappointed in his quest, he nonetheless returns with a peculiar souvenir: a small rock sample that emits a strange humming sound. Upon Siedler’s death, the rock is bequeathed to his nephew, a significant step in what will become an extraordinary journey through the arc of history. For as the stone passes through the hands of a series of owners, it collects their experiences: from pre-World War I ambitions and inter-war anarchism to conditions during World War II, the bleakness of life in post-war East Germany, the German art scene of the 1960s, and more. These “snapshots” of the twentieth century serve to chronicle the continuity of humanity, with all its strengths and weaknesses, in spare, haunting prose. In The Brummstein, Danish author Peter Adolphsen has spun a mystical—and movingly memorable—exploration of the meaning of life.”- publisher’s copy

“What makes this novel is the original stories, mixed with pathos, originality and suspense, as we wonder how or, indeed, if the stones will get to their original destination, or if one of the owners will find out more about their origin and the strange humming they make. The stones play various unusual roles in bringing people together but also as regards their nature. Given its short length, this is a most original novel.”- The Modern Novel