“Gombrowicz is one of the most exceptional writers in the history of literature, at least in terms of his philosophy, his method of constructing texts and the power of his language. He fought endlessly against Polish tradition and history, but this was only the starting point. His work was deeply rooted in the very tradition with which he struggled, but it managed at the same time to be            universal.”- Culture.pl

“In this bitterly funny novel a writer finds himself tossed into a chaotic world of schoolboys by a diabolical professor who wishes to reduce him to childishness. Originally published in Poland in 1937, Ferdydurke was deemed scandalous and subversive by Nazis, Stalinists, and the Polish Communist regime in turn and was officially banned in Poland for decades. It has nonetheless remained one of the most influential works of twentieth-century European literature.”

Possessed, or The Secret of Myslotch (1939), translated by J. A. Underwood from the French translation (Marion Boyars, 1980).

“In this latter day Gothic novel Gombrowicz uses all the traditional paraphernalia of haunted castle, mad prince, and riddle from the past to tell the very modern story of two young people caught up in a drama of shifting identities. The atmosphere of decaying aristocracy and declining gentry in which the novel is set is very much that of Gombrowicz’s childhood in Poland, while the themes explored – the seductiveness of immaturity, and the relation between evil and personal awareness – are those with which all his work was consistently concerned.” 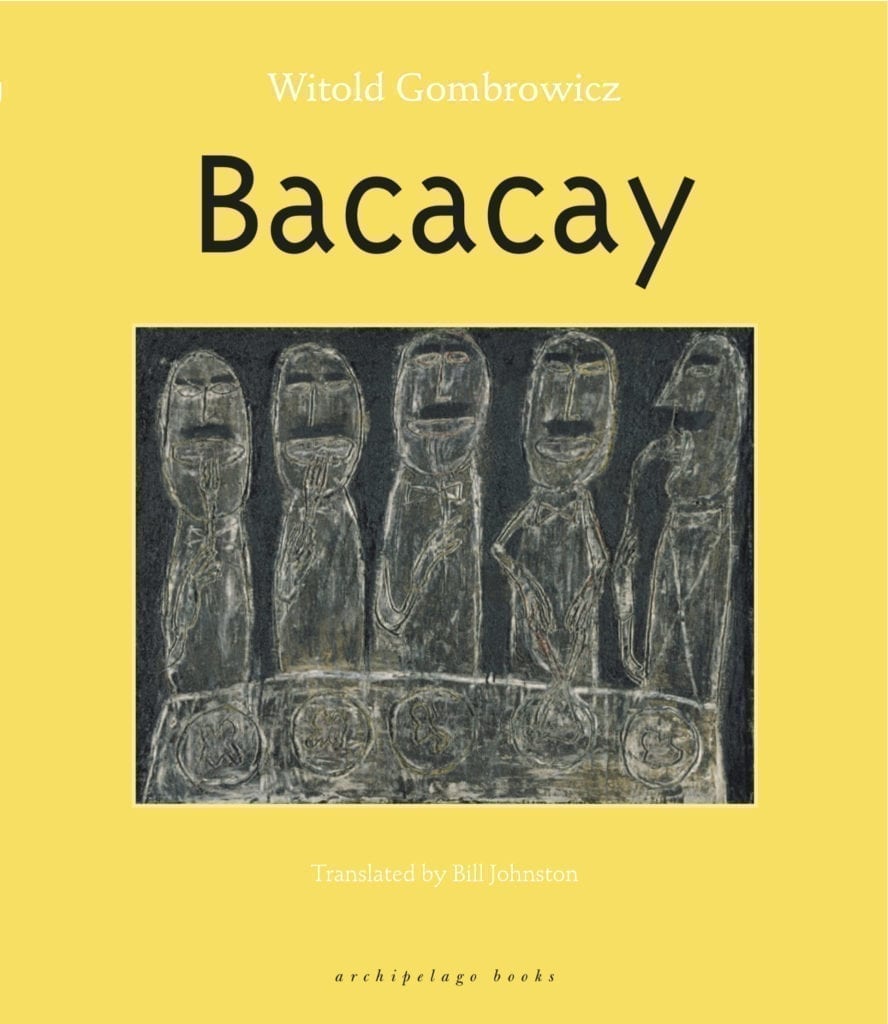 “Stunningly original in both style and content, these stories are often hilarious yet with an undercurrent of profound moral disquiet and horror when the respectable turns slowly but inexorably into the outrageous, conveying both the horrors of upper-class life and the deepest anguish of the human condition.”

from The Dedalus Book of Polish Fantasy