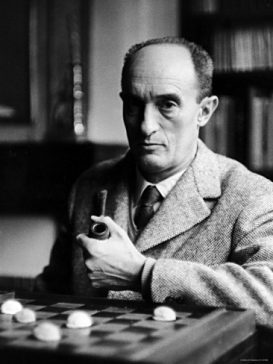 Pierre Boulle (1912-1994) was a French author who wrote several science fiction novels, including Planet of the Apes. Trained as an electrical engineer, Boulle spent eight years in Malaysia as a planter and soldier. His experience as a secret agent with the Free French in Singapore during World War II inspired his famous novel The Bridge on the River Kwai.

Listed below are Boulle’s speculative texts that have been translated into English:

“In this simian world, civilization is turned upside down: apes are men and men are apes; apes rule and men run wild; apes think, speak, produce, wear clothes, and men are speechless, naked, exhibited at fairs, used for biological research. On the planet of the apes, man, having reached to apotheosis of his genius, has become inert. To this planet come a journalist and a scientist. The scientist is put into a zoo, the journalist into a laboratory. Only the journalist retains the spiritual strength and creative intelligence to try to save himself, to fight the appalling scourge, to remain a man.”

Time Out of Mind and Other Stories (Contes de l’absurde suivis de E=mc²), 1963 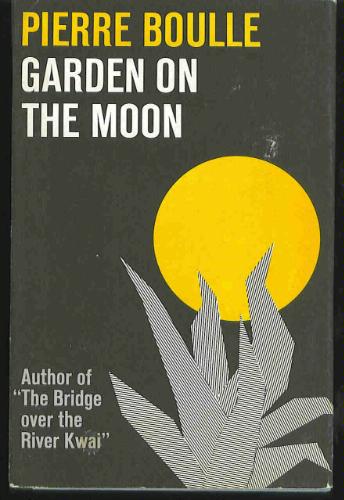 “Hitler is dead. The German scientists have joined the victors. What started as inspired collaboration at Peenemunde turns into a fatal race as the brilliant ‘lunatics’ scatter across the earth to join up with the big powers in the desperate race to put the first man on the moon. Convention, morality and genius crumble when an inspired contender engineers the world’s greatest upset.”

Because it is Absurd (on Earth as in Heaven) (Quia absurdum: sur la Terre comme au Ciel), 1966

“Despairing at the state of world degeneration, a group of the world’s most renowned intellectuals form the new Scientific World Government, aiming to put the world to rights. Elected into power, they quickly start making changes for the better, eliminating world hunger and cancer, encouraging scientific thought, and banning frivolous entertainment. But while congratulating themselves on a job well done, they fail to notice that actually, people are not happy. The suicide rate has sky-rocketed and, strangely, it turns out the public wants a little risk and conflict in their lives. So to cater to the masses, the Department of Psychology forms a plan: they will stage an entertainment show the likes of which the world has never seen before. It starts with gladiatorial style battles, bloodthirsty and brutal, where the victors become celebrities of unseen proportions, and quickly escalates into entire historical battle re-enactments involving chemical warfare and mass destruction. The Scientific World Government has unleashed a monster.”

The Marvelous Palace and Other Stories (Histoires perfides), 1976 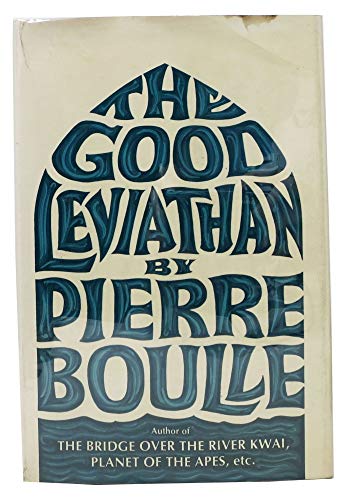 “A monster sails the seas, carrying the threat of atomic catastrophe on the one hand and of a potential oil slick in the other. This is how a group of worried ecologists perceives the nuclear powered giant oil tanker Gargantua, which they soon nickname Leviathan. But in the end,this evil creature comes out to be a double blessing : first because of the unexpected virtues of atomic desintagretion, and secondly because of the unpredictable carateristic of the slimy poison it holds in its side.”

Trouble in Paradise is not so much an exploration of a theological question (the nature of the Trinity) but instead an attempt at shifting perspective when it comes to humans and spiritual beliefs. Here, Boulle transforms the figures of God, Jesus, the Holy Spirit, Mary, and the angels into something akin to the bickering, resentful, and vengeful Greek gods. In other words, Boulle humanizes these figures and imagines how humankind might influence them, rather than the other way around. 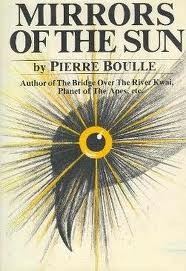 “After Jean Blondeau, a pro-environmentalist, becomes President of France, he begins a project that will give his country’s entire population all of its necessary energy and eradicate pollution, but the venture soon becomes a nightmare.”