Out This Month: August

The always astonishing Yoko Tawada here takes a walk on the supernatural side of the street. In “Kollwitzstrasse,” as the narrator muses on former East Berlin’s new bourgeois health food stores, so popular with wealthy young people, a ghost boy begs her to buy him the old-fashioned sweets he craves. She worries that sugar’s still sugar—but why lecture him, since he’s already dead? Then white feathers fall from her head and she seems to be turning into a crane … Pure white kittens and a great Russian poet haunt “Majakowskiring”: the narrator who reveres Mayakovsky’s work is delighted to meet his ghost. And finally, in “Pushkin Allee,” a huge Soviet-era memorial of soldiers comes to life—and, “for a scene of carnage everything was awfully well-ordered.” Each of these stories opens up into new dimensions the work of this magisterial writer. 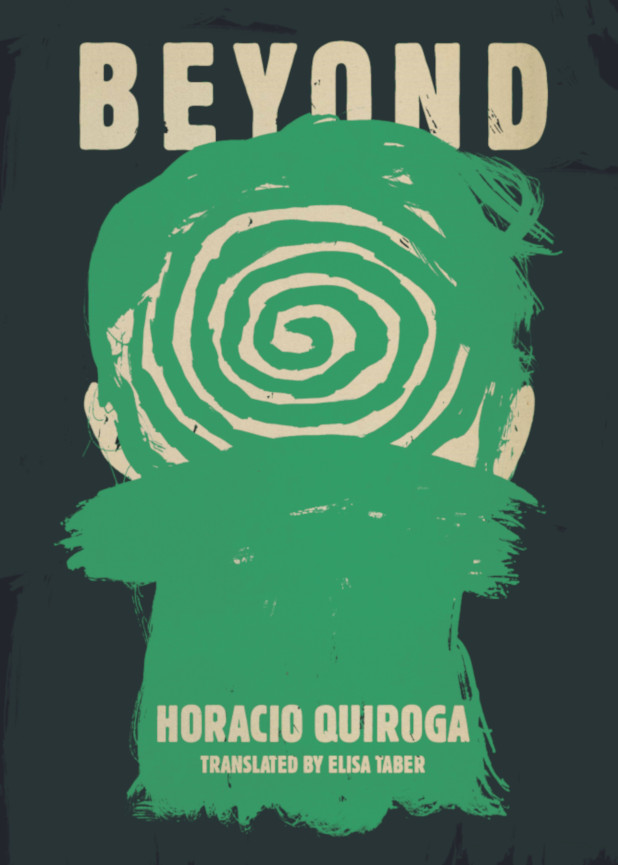 Beyond by Horacio Quiroga, translated from the Spanish (Uruguay) by Elisa Taber (Sublunary Editions, August 16)

As he neared the end of his troubled life, Horacio Quiroga penned a collection of stories that straddle thresholds, the ones between life and death, between sanity and madness, between man and nature. Partly set in the labyrinthine Misiones Jungle and haunted by the suicides of his stepfather, wife, and both his children, the otherworldly grace and human tenderness of these stories juxtapose a violently direct prose. Translated for the first time into English, Beyond (El más allá, 1935) brings readers tantalizingly near to the abysses that lurk just on the other side of everyday experience. Includes: “Beyond”, “The Vampire”, “The Flies”, “The Express Train Conductor”, “The Call”, “The Son”, “His Absence”, “Beauty and the Beast”, “Lady Lioness”, “The Puritan”, and “Sunset”.

One Mile and Two Days Before Sunset (The Lost Detective Trilogy Vol.1) by Shimon Adaf, translated from the Hebrew by Yardenne Greenspan (Picador, August 2)

Who murdered the celebrated rock singer Dalia Shushan? Did controversial philosophy professor Yehuda Menuhin commit suicide or was he murdered? And what is the connection between the two events? These are the questions facing private investigator Elish Ben-Zaken, a former philosophy student, rock music expert and author.

A Detective’s Complaint (The Lost Detective Trilogy Vol.2) by Shimon Adaf, translated from the Hebrew by Yardenne Greenspan (Picador, August 2)

Elish Ben Zaken, Shimon Adaf’s enigmatic hero, has given up working as a private detective and makes his living writing detective novels based on unsolved cases from the past. He appears to live an ordinary, balanced life. But person like Elish can’t get away from his past so easily, especially when his niece Tahel calls on him for help. Tahel, a small child in Adaf’s previous novel, is now a teenager and an apprentice sleuth herself. And she has found a mystery to solve: a young woman gets on a bus in Beersheva on a Thursday evening and gets off in Sderot, close to the Gaza border, on Sunday evening. A bus drive that should have lasted an hour has lasted three days. The young woman remembers nothing – as far as she is concerned, the trip took an hour. In order to help Tahel solve this mystery, Elish moves to Sderot. It is the summer of 2014, and Sderot is at the center of the Israel-Gaza war, filled with fear and hate. For Elish, this is a chance to investigate other issues – the meaning of family and the basic human need to look for mysteries and solve them.

Take Up and Read (The Lost Detective Trilogy Vol.3) by Shimon Adaf, translated from the Hebrew by Yardenne Greenspan (Picador, August 2)

During his investigation into the disappearance of a girl from Sderot in the summer of 2014, an investigation recounted in the previous book in the trilogy, Elish Ben-Zaken meets poet Nahum Farkash. The encounter was brief and at the time did not carry much weight. But, it is in that brief encounter that Elish may have missed the most important clue for his investigation. Fourteen years later, in an Israel that has gone through great changes, the failure of that investigation and its missing pieces continues to haunt the lives of Elish’s niece and nephew, Tahel and Oshri. The story of Nahum Farkash opens this book and the relations between his unexpected character and the events told in the previous books are gradually revealed. Elish, a character that was an enigma from the very first book, becomes the center of the mystery in this closing chapter.

The Famous Magician by César Aira, translated from the Spanish by Chris Andrews (New Directions, August 16)

A certain writer (“past sixty, enjoying ‘a certain renown’”) strolls through the old book market in a Buenos Aires park: “My Sunday walk through the market, repeated over so many years, was part of my general fantasizing about books.” Unfortunately, he is suffering from writer’s block. However, that proves to be the least of our hero’s problems. In the market, he fails to avoid the insufferable boor Ovando—“a complete loser” but a “man supremely full of himself: Conceit was never less justified.” And yet, is Ovando a master magician? Can he turn sugar cubes into pure gold? And can our protagonist decline the offer Ovando proposes granting him absolute power if the writer never in his life reads another book? And is his publisher also a great magician? And the writer’s wife?