“Legends from Vamland is a beautiful story about the human struggle with fear. In telling his tale, the author blends together Romanian legends and myths with those of cultures from around the world. …The work is intended as one of fantasy and science fiction, as the author provides the image of the spiritual life of an imaginary people from an imaginary land.”

One of the first Romanian writers of science fiction, Vladimir Colin (1921-1991) was also an important representative of Jewish culture in Romania. Among his most important works of science fiction are Legends from Vamland, a work similar to J.R.R. Tolkein’s The Hobbit. These tales have been abridged and retold for English readers by Luiza Carol, and the fascinating story they tell is brought to life by original illustrations from renowned Romanian artist Octavian Ion Penda. 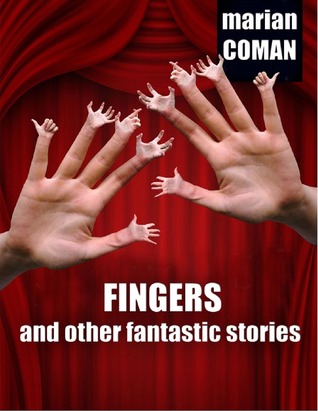 Fingers and Other Fantastic Stories by Marian Coman, translated by Carmen Dumitru and Raluca Chirvase (self-published, 2011).

“Fingers and Other Fantastic Stories is of very modest size, but as strong flavors are kept in small vials, it is generous in the rewards offered by its pages. Characters that are not easy to forget, a sad image of the Romanian Communist regime in which the banal orange fruits lead to a conflict of global proportions for those involved, one of the local legends and myths twisted to accentuate its psychological and human aspects for more emphasis on the tragedy behind it, in a phrase rewards in the form of stories that cannot leave the reader indifferent. Possessing an assured voice that doesn’t betray his age, Marian Coman tames the language with ease, unleashing it with best effect for the bittersweet tone of his stories.” – from Mihai Adascalitei’s “On Romanian Speculative Fiction” (Locus 2012)

A man obsessed with a wart on one of his fingers dwells upon his memories of a life under Communism- eerie and surreal.

An alternative reality story in which a boy discovers a door that leads to another universe.

A few survivors of a mysterious cataclysmic event find themselves on an island sometime after their escape, with a young boy who is different from the rest of the island’s population searching for acceptance.

A surreal take on the Romanian folk ballad “The Monastery on the Argeș River” about a monastery that is built by day but crumbles mysteriously every night. 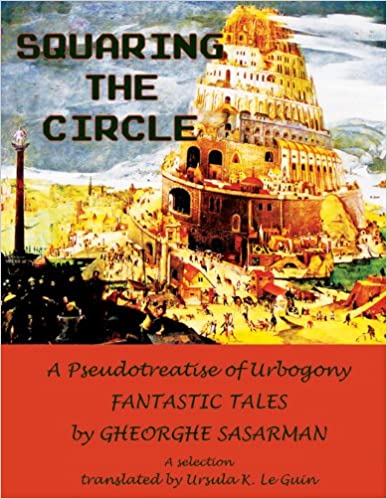 Squaring the Circle: A Pseudotreatise of Urbogomy by Gheorghe Săsărman, translated from the Spanish translation (of Mariano Martín Rodríguez) by Ursula Le Guin (Aqueduct Press, 2013).

“The idea of writing a book of brief descriptions of imaginary cities, condensing into it the grandeur and tragedy of five millennia of urban history, came to me by chance, while I was in charge of the Architecture and Urbanism section of the review Scânteia. A writer had protested in an open letter against the demolition of an historic building, and the editors asked me to respond, which I did by writing the story “Musaeum.” It was the autumn of 1969, a year after the Russian tanks invaded Prague, an invasion openly condemned by Ceauşescu, a time when many people, not only in Bucharest, believe (what a mistake!) that Romania was evolving towards democracy.”   – from Săsărman‘s postscript to the French edition (1992)

Listen here to Le Guin, Mariano Martín Rodríguez, and Săsărman’s nephew discuss and read from Squaring the Circle at the Seattle Public Library in 2013.

“A description of a class society that claims to be egalitarian. Anyone can climb to the top of the ziggurat, except the ramps are greased.”

“The elite of “Musaeum” create immortal artworks that remain unknown, for they are too busy with their own works to look at one another’s.”

A traveler crosses the desert and enters a spiral hallway to get to the center of the circular city of Sah-Harah, only to find that a sarcaophagus is waiting for him…

“The intrepid explorers of Selenia vainly hunt for a building site uncontaminated by the psychic refuse of Earth’s poets, lovers, and dreamers, which litters most of the lunar surface.” 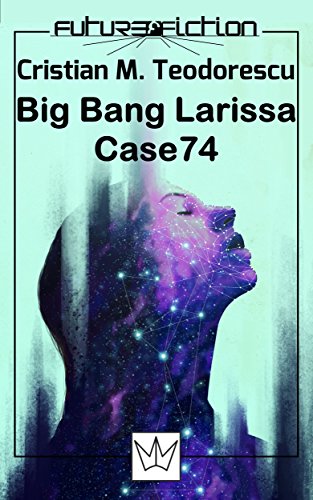 Teodorescu is the only Romanian author of speculative fiction nominated for the Grand Prix de L’Imaginaire (France) and one of the few Romanian authors who writes Hard SF.

“Big Bang Larissa” – in the text that gives the title of this volume, Cristian Mihail Teodorescu flawlessly creates the universe of a perfectly credible alternative civilization despite the comic register chosen by the author in order to unleash his fictional strength. The Culture of the Finance, pushed to the extreme (even today actually foretold by many of the mankind’s obsessions), [evokes] the Ferengi culture from Star Trek : Deep Space Nine.” – Dănuţ Ungureanu

One of Cristian Mihail Teodorescu’s strengths is his literary wit and zesty dialogue that gives life to his dynamic scenarios. Case 74 (“Dosarul 74”, the 1987 Romanian Science Fiction Convention Award) choose the solution of the reconstituted subject through fragments from the pieces of a process from the future. A fusion between the logic-based paradox humor and the cynical comic.” – Mircea Opriţă

Iman and Other Fantastic Stories by Florin Purluca, translated by the author (America Star Books, 2015).

“Iman” is a short work of historical fiction describing the mystical journey of three warriors hired by Turkish sultan Mehmed the Second to assassinate Romanian prince Vlad Tepes. The adventure takes place before Prince Vlad is cursed to live eternally as Count Dracula. Armed only with their silver-bladed daggers, the fearless assassins venture into the Wallachian lands to find Vlad, who, according to some rumors, has sold his soul to the Devil. Also included are tales that tread the thin borders between the real and unreal, and deal with themes like death, demonic encounters and historical events.