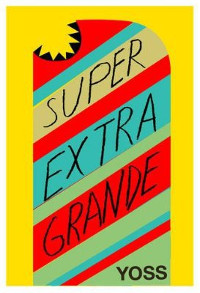 “With the playfulness and ingenuity of Douglas Adams, the Cuban science-fiction master Yoss delivers a space opera of intergalactic proportions with Super Extra Grande, the winner of the twentieth annual UPC Science Fiction Award in 2011. In a distant future in which Latin Americans have pioneered faster-than-light space travel, Dr. Jan Amos Sangan Dongo has a job with large and unusual responsibilities: he’s a veterinarian who specializes in treating enormous alien animals. Mountain-sized amoebas, multisex species with bizarre reproductive processes, razor-nailed, carnivorous humanoid hunters: Dr. Sangan has seen it all. When a colonial conflict threatens the fragile peace between the galaxy’s seven intelligent species, he must embark on a daring mission through the insides of a gigantic creature and find two swallowed ambassadors—who also happen to be his competing love interests. Funny, witty, raunchy, and irrepressibly vivacious, Super Extra Grande is a rare specimen in the richly parodic tradition of Cuban science fiction, and could only have been written by a Cuban heavy-metal rock star with a biology degree: the inimitable Yoss.”- Restless Books 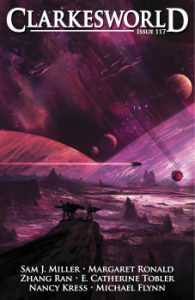