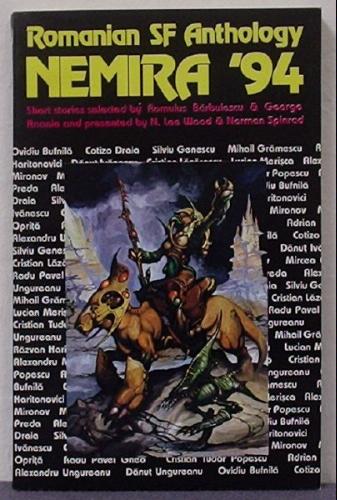 “If it is true that we live together through the crisis that precedes our transition to a new form of existence; if it is true that the experience accumulated so far by our species proves to be inefficient in solving new contradictions, that today’s man is a foreigner to nature, whom he has mistreated and which is now rejecting him and that is estranged from his fellow men from whom he is separated by the disappearance of the mechanisms of traditional group solidarity, that he has become, more than ever, an isolated and hunted species, that is forever searching for partners in an uncaring and strange Universe, then we have to admit that the tragedy of such a confusion is nowhere more vividly and complexly portrayed than in s.f.” – from the Introduction by Cezar Ionescu

About the quest for an Ideal City.

Space opera. After a thousand years of war, the human race has succeeded in capturing a member of the “Wanderers” species…

“Glimpses of a Faraway World” by Silviu Genescu

The windows of a house offer viewers a peek into another world.

In which the Libelungs–humanity’s enemy–has risen from the ashes, and though the humans hunt them down, this new incarnation of Libelungs doesn’t fight back.

“Images in the Mirror” by Răzvan Haritonovici

A man travels to another world in which he learns that such things as love, animals, and plants exist.

“The Land of Every Opportunity” by Dănuț Ivănescu

“The Symbiotic Man” by Cristian Lăzărescu

“Some Earthlings’ Adventures in the Exterior” by Lucian Merișca

A darkly comic story about humans trying to gain control of an alien planet.

“Measureless His Suffering” by Alexandru Mironov

A retelling of the Gospel via the story of Jeezus of ‘Atlans’, a victim of an unlawful experiment with time.

A scientific fable- an old man discovers the “Elixir of Life” but forgets to ask for everlasting youth along with immortality. It’s the story of Tithonus translated into a rural Romanian setting.

Near-cyberpunk; takes place after an apocalypse that has driven humanity underground–the rich and influential live closer to the surface while those lower on the social rung must try to survive deeper in the Earth.

Where does a holodeck-like simulation end and reality begin?

Taking place in a post-atomic world, this story tells of a friendship between mutant and human in an anti-mutant society.

Artificial bodies fight in another galaxy where no one can distinguish between the fake and the real.

“Love According to ‘Ticks'” by Dănuț Ungureanu

In a future world overrun by sex and violence, escape seems impossible…

“For the English-speaking reader, this second Nemira anthology of Romanian SF can undoubtedly sound exotic. It comes from a distant geographical and spiritual realm where the fabulous – in all its hypostases – has always been, so to speak, a palpable presence. Romanian culture has easily adopted SF, and can proudly look back on its history of over a hundred years .”  – Romulus Barbulescu, Introduction

[the peculiarity of Romanian SF] “It is not about science-fiction in the traditional sense, about the wonders of transistor technology integrated in cumbersome and ogric stories. It is about psychological fiction, a trip to the untamed realms of subconscious ” – N. Lee Wood, “Romanian Magic Surrealism.”

“You can open the book more or less at random,to read a few pages and find that Romanian science fiction is different. Different from American SF. Different from English-speaking SF. Unlike any other science-fiction text you’ve read so far. This work is different at every level, from the surreal narrative thread of the stories to the intense magical realism of the imagery and the overflowing energy of the prose itself.” – Norman Spinrad, Afterword

“What these stories represent – both post-war and post-communist – is signified by an unprecedented crossroads of a type of SF, with scientific systems, both conventional science and a popular approach alike. Several stories remind of the French SF with its future prisons, by evoking foggy entities controlling populations through “transplants” of organs and minds…. [A]n equal weight is given by modern science (most of these Romanian science fiction authors have a scientific education) and a mythical sense of history still strong today in Romanian culture.There is a perfect combination of these two currents in Romanian stories. Neither Soviet colonialism nor national communism seem to have “suppressed” this local mythology. On the contrary, it seems that it remains a vital partner in a strong dialectic between modern and mythical-historical systems of thought. Once again, the key to this fascinating realm of world science fiction is the ability to read in Romanian.” – Slusser, “The Fascinating Realm of Romanian Science Fiction”

“Via the central symbol of the Phoenix, offers readers a feeling that traditional nature remains strong, that love is still possible, even if we do not know between whom or why.”

“The Fourth Sky” by Camil Baciu

“Defines the difference between human and robot in the sense of humor… wonderfully Dickian in his ‘human and the android’ mode.”

“Your Fares, Please!” by George Anania and Romulus Bărbulescu

Two rogue scientists invent a device they call Sisyf (Sifting of Systems Fidelity) and like Sisyphus and his boulder, the action provokes reaction, with the result that no action is ever finished, no friend is ever lost, not even death is final

“Legion of the Devil” by Ovidiu Bufnilă

Ties Vlad, the dragon, and the devil. The owl literally raises Vlad from the dead, sending him on a mission to destroy the legions of another devil, the cruel General Ib Hassan, a pop incarnation of himself

“The Saurians of Time” by Aurel Cărășel

“Substitute” by Sebastian A. Corn

A future world (a city in Zamiatin, with the refugee population underground, due to environmental degradation), and various factions of power are always engaged in seemingly useless wars of propaganda. “Substitutes” are trained to kill important people in the media, literally to become them by physically modeling the bodies of victims, and thus to “infiltrate” and spread false information

“The Last Gateway to Hope” by Bogdan Ficeac

A monologue of a lone astronaut who travels to an unidentified planet representing the last frontier and there finds other lonely astronauts on a multitude of planets, seekers like himself of the “great passage into the other universe.”

“The Concert” by Răzvan Haritonovic

“A gardener who tunes symphonies out of roses dreams of trampling saurian herds.”

“The Raging Blind Man and the Blindless Cripple” by Cristian Lăzărescu

“Fable-like, an expanded vignette which seems to explore a Ballardian solipsism.”

A blind old warrior leads his protégé through a cyberpunk or “Snow Crash” type landscape to engage in a final battle with Ancalagon, a computer program that metamorphoses into a frightening dragon 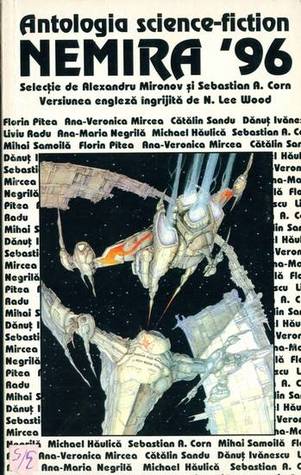 “Cyberia” by Sebastian A. Corn
“The Fractal Hell” by Florin Pîtea
“Dear God!” by Ana-Veronica Mircea [read here]
“The Return of the Prodigal Sons” Cătălin Sandu
“Still, Pinochio Was Alive” by Dănuț Ivănescu
“Alone on Ormuza” by Liviu Radu
“Time’s Caves of Smoke” by Ana-Maria Negrilă
“Paladins Indexed Life-Gambler” by Michael Haulică
“The Most Beautiful World” by Mihail Samoilă