Romanian SFT: To Be Translated

This page just scratches the surface of all the Romanian speculative fiction that needs to be translated into English. If you have a story/novel/collection/anthology to suggest, include it in the comments.

“Set in the 4th millennium when two scientists build a rocket and fly to Venus. There they discover a technocratic society that is very advanced but whose citizens have no feeling: there is the notion that perfection can be achieved through the complete eradication of feelings. It is a society unafflicted by wars and disease and unrestricted by laws, and it seems ideal. Yet in the novel’s dramatic end, the people from Earth destroy the electronic machinery that keep the society and its citizens’ emotions under control.”

(link is to Dark Wolf Reviews)

Locus article on Romanian SF: “One of the key figures in the promotion of Romanian speculative fiction Michael Haulică is also one of the distinguished voices of that scene. The latest volume released by Michael Haulică, Fantastic Stories (Povestiri Fantastice), gathers the works written over 30 years of career. The thirty-five texts of Fantastic Stories show a resourceful and polyvalent author, a writer who is not afraid to cross genres and subgenres with equal facility. Michael Haulică skillfully creates characters and settings intimately connected with the reader, the sense of familiarity ranging from vague to overwhelming but always there. Some of the characters become almost close friends with the reader due to the transit they make from one story to another, taking a more important role in one or a lesser position in another. The situations are never common, the stories intense and ever surprising. No matter the sub-genre area of the tales–cyberpunk, fantasy or magic realism–they hold a deeper meaning. Every time there is a philosophical current running underneath and each time they provoke the reader. Michael Haulică’s fiction has a poetic touch, grazes constantly the artistic quality and breathes originality. It might not be always easily digested and suited for every single reader, but the high quality of it is undeniable.”

“A rather ordinary picnic in the vicinity of a monastery is transformed unwittingly into a strange ritual after the unexpected appearance of a snake. ‘But the “fantastic” atmosphere unfolds almost “naturally,” and not a single supernatural element intervenes to destroy the world of the depressingly banal. The “parallel world” of the fantastic is indistinguishable from the given, ordinary world, but once this other world is discovered by the various characters, it blurs, changes, transforms, or dislocates their lives in different ways.’ (Two Strange Tales, xi)” – from Kleiner, “Romanian ‘Science Fantasy’ in the Cold War Era” 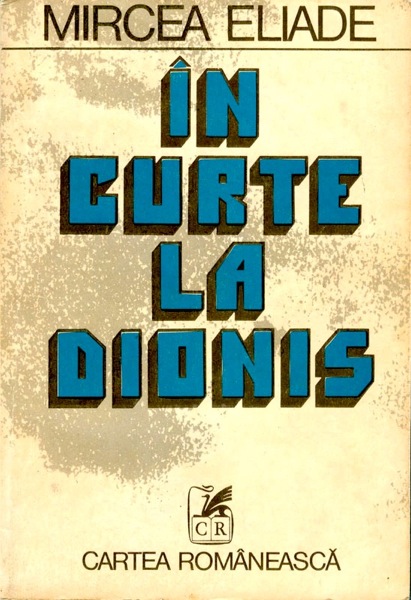 On Mantuleasa Street (1967) by Mircea Eliade

“Eliade explores the nature of the real, achieving a displacement characteristic of SF. In this story the style becomes counterpoint to a narrative that depicts the encounter of two different, antagonistic, and yet finally identical mythological worlds. In an attempt to explain himself to city officials, an old man becomes involved in writing out a long, rambling, and hopelessly labyrinthine history of his earlier experiences and memories as headmaster of the primary school in Strada Mantuleasa–an account that seems to the officials to be more legend and folklore than history. In the frustrating process of interrogation the two worlds gradually impinge and merge, and the bureaucratic world begins to function fantastically.”- from Kleiner, “Romanian ‘Science Fantasy’ in the Cold War Era”

At the Horizon, This Constellation (1990)

“contains a number of dystopias that seem to reflect Romanian society of the late ’80s, among then “Eternal Purgatory” by Mihnea Columbeanu, a tale of time travel and sabotage, and “Late Rains” by Danut Ungureanu, a lyrical story of humanity’s return to tribal existence following the collapse of civilization.” – from Kleiner, “Romanian ‘Science Fantasy’ in the Cold War Era”

“Considered the most original Romanian science fiction novel of the 20th century. It is an SFnal, futuristic, re-working of a Greek legend. Its author, Sergiu Farcasan, is a Bucharest-born prose writer who studied medicine in Timisoara. His novel concerns the ‘Absolute Machine’ and it explores the tension between human nature and artificial intelligence. There are two leading motifs, the bull and the labyrinth. The company Jupiter & Son, located in a sky-scraper called Olimpic (for which read Olympic), makes plans that upsets Cretan businesses. Minos requests the services of Dedalus, a famous Irish architect who is well aware that the walls of the palace he has built “have ears”. At Minos’s court the readers discover several famous characters – Hercules, Theseus, Aphrodite, Hermes – who are allegedly Greek spies involved in political scandals. Dedalus is obsessed with building the perfect machine. His model for this is the human brain that he believes to be a three-level labyrinth. In this Machine, people get lost forever as prisoners of their own ignorance. There is also the idea of a society of mechanical bulls who, though dependent on the Absolute Machine, conspire against it, a fact illustrated in the second part of the novel, which is a metaphoric description of a cybernetic existence. In the third and last part, the author creates a political plot in which those in power and the opposition confront each other because of the same Absolute Machine.” – from “Romanian SF up to 1990,” SF Concatenation 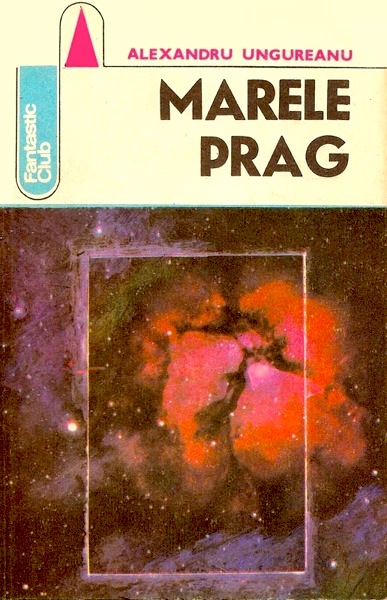 “it can be understood as a ‘financial western + uchronia’- the antagonists had to be the first to buy the other at the stock exchange, in a parallel history…The fictional world is approaching the Millennium, and there are immense rewards at stake, an almost magical power of modifying reality, given by the mythical ‘Insignia’, which will be awarded by a no less mythical powerbroker, Amphiaraos, to any of the competitors who can find him in Manhattan. The world is described to be without electricity and without plastic, but with a Roman Empire which conquered what we know today as America and in which capitalism as we know it today, with its banks and stock speculations, have developed at a slower technological pace, but with the same greed. What makes this novel steampunk is the abundance of items who release steam (land vehicles, hot air balloons) or just have the use of their electrical counterparts, with a different efficiency.”

“the best novel in Romanian language about the end of a world. If in the begining, the good side and the bad side seem very clearly identifiable, we see corruption and depression affecting everybody with a sense of inevitability very much like ancient Greek tragedy. The novel is a compulsive read because its characters realise what is happening; it is not just an apocalypse coming from the almighty author. They struggle to regain their will and their dignity, but to no avail. Tearing Apart was awarded the Vladimir Colin award in its first edition.” – Cătălin Badea-Gheracostea, “Short (Hi)story of Romanian Speculative Fiction” (Part 1)

“Doru Stoica is one of my favorite Romanian writers. The Între bariere volume is a jewel that is so well bound to Romania that I am certain nothing like it could come out in any country of the world. And this is because Doru Stoica’s fantastic gets its vitality from the rural landscape in the time and after the fall of dictator Nicolae Ceausescu, his stories being able to push the magical realism to a level you could have never even imagined.”       – Romanian sf author Marian Coman

A cyberpunk story about body swapping.

2 comments on “Romanian SFT: To Be Translated”