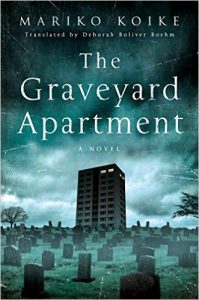 “One of the most popular writers working in Japan today, Mariko Koike is a recognized master of detective fiction and horror writing. Known in particular for her hybrid works that blend these styles with elements of romance, The Graveyard Apartment is arguably Koike’s masterpiece. Originally published in Japan in 1986, Koike’s novel is the suspenseful tale of a young family that believes it has found the perfect home to grow into, only to realize that the apartment’s idyllic setting harbors the specter of evil and that longer they stay, the more trapped they become. This tale of a young married couple who harbor a dark secret is packed with dread and terror, as they and their daughter move into a brand new apartment building built next to a graveyard. As strange and terrifying occurrences begin to pile up, people in the building start to move out one by one, until the young family is left alone with someone… or something… lurking in the basement. The psychological horror builds moment after moment, scene after scene, culminating with a conclusion that will make you think twice before ever going into a basement again.” 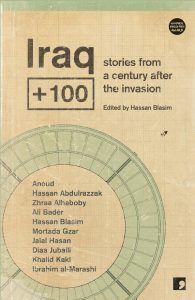 Iraq + 100: Short Stories From a Century After the Invasion, edited by Hassan Blasim, translations by ? (Comma Press, October 27)

“Iraq + 100 poses a question to contemporary Iraqi writers: what might your home city look like in the year 2103 – exactly 100 years after the disastrous American and British-led invasion of Iraq? How might that war reach across a century of repair and rebirth, and affect the state of the country – its politics, its religion, its language, its culture – and how might Iraq have finally escaped its chaos, and found its own peace, a hundred years down the line? As well as being an exercise in escaping the politics of the present, this anthology is also an opportunity for a hotbed of contemporary Arabic writers to offer its own spin on science fiction and fantasy.” 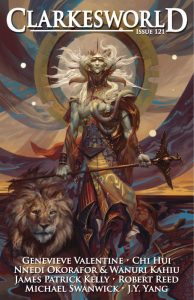 “The Calculations of Artificials” by Chi Hui, translated by John Chu