“The Doomed City is set in an experimental city whose sun gets switched on in the morning and switched off at night, bordered by an abyss on one side and an impossibly high wall on the other. Its inhabitants are people who were plucked from twentieth-century history at various times and places and left to govern themselves, advised by Mentors whose purpose seems inscrutable. Andrei Voronin, a young astronomer plucked from Leningrad in the 1950s, is a die-hard believer in the Experiment, even though his first job in the city is as a garbage collector. And as increasingly nightmarish scenarios begin to affect the city, he rises through the political hierarchy, with devastating effect.”

“In a world of humans, what’s a cyborg turtle to do? It’s a fair question in the bizarre, compelling story of Mr. Turtle. Yusaku Kitano’s science fiction masterpiece, originally published under the eponymous title Kame-kun, renews the visionary integrity that won it the Nihon SF Taisho (Japan’s equivalent of the Nebula) Award in 2001 as it finds its way into English at last. Kitano’s protagonist is a hero in a half shell of an altogether different sort, a killing machine designed for combat who wants only to enjoy the simple pleasures of his daily life—working a blue collar job, going to the library, and typing on his laptop—even as he is haunted by vague memories of a war on Jupiter. In order to determine his future, he must piece together his past, navigating an unsympathetic society toward revealing the novel’s philosophical heartbeat. A character study of surreal wit, Mr. Turtle delivers action and insight, all the while crafting an homage to its chosen genre unlike any other.”

“The cult classic from the godfather of Cuban science fiction, Agustín de Rojas’s The Year 200 is both a visionary sci-fi masterwork and a bold political parable about the perils of state power.” 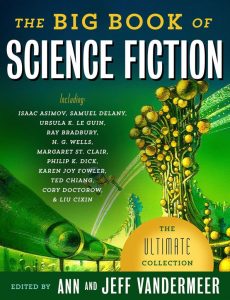 “After a coup d’état erupts in the Free Planets Alliance, military strategist Yang Wen-li is ordered to use his tactical wizardry to put down the rebellion, but the ringleader holding the capital is someone he once trusted deeply. Meanwhile, in the Galactic Empire, Reinhard will soon face a new trial, as in the wake of the emperor’s death he stands amidst an intensifying power struggle among the aristocracy. The unbeatable magician and the unstoppable genius: the battles these heroes wage will send shock waves across the galaxy.”

“Against the Stream” by A. Que, translated by Nick Stember, Clarkesworld, Issue 118