Reviews of Short Fiction: May Edition

Each month, Daniel Haeusser reviews short works of SFT that appear both online and in print. He is an Assistant Professor in the Biology Department at Canisius College, where he teaches microbiology and leads student research projects with bacteria and bacteriophage. He’s also an associate blogger with the American Society for Microbiology’s popular Small Things Considered. Daniel reads broadly in English and French, and his book reviews can be found at Reading1000Lives or Skiffy & Fanty. You can also connect with him on Goodreads or Twitter.

“Tick-Tock” by Xia Jia, translated from the Chinese by Emily Jin

Tick-Tock. The clock is running out on your life. You don’t have time to waste reading stories written in the second person. So, you decide to skip this one.

“An Unequal Marriage” by Vicente Riva Palacio, ttranslated from the Spanish by Toshiya Kamei

The story begins the narrator describing a visit to Covadonga in northwest Spain, site of the battle that began the Christian reconquest of the Iberian Peninsula from Muslim control. Formal style and flowery language give the start both seriousness and a call-back to gothic tales of yore. After the short introduction the narrator relates a ‘bewildering story’ of reincarnation told at dinner by a German man also visiting the city. There are possible connections between the idea of a second chance at life for an individual and the ‘rebirth’ of a Christian identity in Spain.

“The Other Me” by Malena Salazar Maciá, translated from the Spanish by Toshiya Kamei

A creepy tale about an old mirror inherited by a family from the narrator’s great aunt. The narrator, Claudia, discovers that the glass does not reflect reality when her mirror image communicates to her with backward writing. The mood of the story is good, but it doesn’t deviate much from the familiar or expected. The simile of the opening sentence: “The news of the inheritance turned our lives upside down as if someone told us beef was delivered instead of chicken…” still doesn’t make sense to me, and there are a few other spots where the language rendered into English confuses without more context.

“Guido Persing Wants a Baby” by Denis Álvarez Betancourt, translated from the Spanish by Toshiya Kamei

A futuristic tale where children are given out to individuals based on the potential parent’s ability to write educational programs that can be transferred into the child all at once to effectively impart a lifetime of quality learning. A man struggles to successfully design a program that will earn he and his girlfriend a child to test it out on for a chance of it to be used world-wide, but he struggles with balancing both machine-like logic and human emotional aspects into the packet. There’s some clunkiness in relating this futuristic world to the reader, but I found it an intriguing story with a fulfilling ending of significance that is easy to miss.

“The Goddess” by Malena Salazar Maciá, translated from the Spanish by Toshiya Kamei

A group of hunters pursue a bounty on the head of the ‘Goddess of the Lake’ whose powers cause troubles for fishermen and villagers. The story takes place in a steampunk type universe that shares setting with other stories, including “Colors That Tinted the Sky”. It focuses on different social classes and races among the members of the hunting party, and the two settlers they transport with them in order to travel clandestinely as merchants. When the leader of the hunters decides to use the two settlers as bait to lure in the Goddess, he discovers her wrath. A fine tale of mortals falling to the powers of a deity, but I wish it were fleshed out a bit further.

“Inside Outdoors” by Martín Felipe Castagnet, translated from the Spanish by Frances Riddle

A surreal story where a program named Minerval travels through dreams to locate and harvest objects that her programmer then 3D prints and sells to clients. Able to travel though dream worlds of a population, she nonetheless is limited to that world and an existence tied to the programmer, who is sick. As the programmer’s condition worsens so does Minerval’s universe, leaving her to contemplate her nature and mortality. A very poetic read whose style can be difficult to penetrate. Its themes are universal, but this story presents death in an interesting, contained speculative setting. 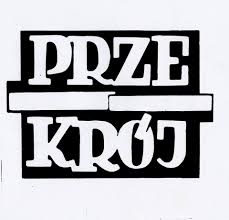 “The Hunt” by Stanisław Lem, translated from the Polish by Antonia Lloyd-Jones

A previously unknown short story by Lem that apparently had been overlooked and escaped destruction because of its shared title with another completely different story by the author. This is the first story by Lem I’ve ever read, and I see how people enjoy his work. An individual on the run across wooded landscape flees a group of well-armed hunters. He knows that escape is an impossibility, but nonetheless runs and strategizes to avoid detection and certain demise for as long as possible. The story begins with richly descriptive passages of the surrounding environment and the exertions of the hunted’s body, and progresses to contemplations of human – and machine – mortality. One to not miss and to reread.

“Microverses” by Simonetta Olivo, translated from the Italian by Sarah Jane Webb

Snowfall on a mountain pass. A view to the sea. The end of the world. A marker of stone and a cross. A robot who remains. Three atmospheric variations on these elements followed by a glance at a writer composing these flash universes. The story begins with mention of beauty and sadness, and this encapsulates those moods.

“AIwakening” and “AIdolon” by Francesco Verso, translated from the Italian by Sarah Jane Webb

The font is important when forming the title of this bit of flash fiction. ‘AI’ as in ‘artificial intelligence’ could easily be seen as “Al”, short for Albert. Font translation even comes into play here! Anyway…two lovely little stories featuring artificial intelligence here. In the first, a woman comes out of a coma happy to see her daughter again, six years older, but concerned about another that seems to have replaced her. In the second, humans killed in traffic accidents become cybernetically repurposed. Interesting word play in the second story and both create unease with the consequences that could arise from posthuman future possibilities for our biological bodies and minds.

“Bea’s Egg” and “Esmeralda in Bloom” by Emanuela Valentini, translated from the Italian by Sarah Jane Webb

A final pair of microfiction selections in Words Without Borders this month. They are also accompanied by an essay on Italian SF in translation by our own Rachel, that you may check out if you haven’t gotten to see it yet. In the first story, a woman discovers a mineral smuggled through the intergalactic market is actually an egg holding a creature that seems to change with her shifting emotions while regarding it. In the second story, a woman with flower-like characteristics – or is it a flower with woman-like characteristics – is tended, pruned, and arranged. Both stories include a flower and some type of basic life that is human, but not, cared for by another. These are too much like poetry for my taste, but many might find them wondrous.