Out This Month: November

“This novel is inspired by a true historical event. Before Theodore Herzl there was Mordecai Manuel Noah, an American journalist, diplomat, playwright, and visionary. In September 1825 he bought Grand Island, downriver from Niagara Falls, from the local Native Americans as a place of refuge for the Jewish people and called it “Ararat.” But no Jews came. What if they had followed Noah’s call? In Nava Semel’s alternate history Jews from throughout the world flee persecution and come to Ararat. Isra Isle becomes the smallest state in the US. Israel does not exist, and there was no Holocaust. In exploring this what-if scenario, Semel stimulates new thinking about memory, Jewish/Israeli identity, attitudes toward minorities, women in top political positions, and the place of cultural heritage.”

“Award-winning translator and author Ken Liu presents a collection of short speculative fiction from China. Some stories have won awards (including Hao Jingfang’s Hugo-winning novella, Folding Beijing); some have been included in various ‘Year’s Best’ anthologies; some have been well reviewed by critics and readers; and some are simply Ken’s personal favorites. Many of the authors collected here (with the obvious exception of New York Times bestseller Liu Cixin’s two stories) belong to the younger generation of ‘rising stars’. In addition, three essays at the end of the book explore Chinese science fiction. Liu Cixin’s essay, The Worst of All Possible Universes and The Best of All Possible Earths, gives a historical overview of SF in China and situates his own rise to prominence as the premier Chinese author within that context. Chen Qiufan’s The Torn Generation gives the view of a younger generation of authors trying to come to terms with the tumultuous transformations around them. Finally, Xia Jia, who holds the first Ph.D. issued for the study of Chinese SF, asks What Makes Chinese Science Fiction Chinese?”

Dreams from Beyond: An Anthology of Czech Speculative Fiction, ed. Julie Novakova (available for free here and at Eurocon 2016, Barcelona)

“Dreams From Beyond is an anthology of Czech speculative fiction freely available in English, edited for Eurocon 2016 (November 4-6, Barcelona). The anthology is free to share for all readers interested in world speculative literature. Showcasing some of the best current Czech SF authors, Dreams From Beyond will take you from the stellar pastures of long-gone mythical creatures through warring future cities and strange alien worlds to the mysteries within ourselves.”

“Spanish Women of Wonder is the successfully crowdfunded translation of Alucinadas, an anthology thought up by literary translator Cristina Macía in 2014 as a one-off wake-up call to tackle the imbalance of gender representation in Spanish language SFF. The book, which was conceived as an international anthology and in the end features works by both Spanish and Argentinian authors, was received with such enthusiasm that a second, more international volume was published the following year, and the call for submissions for a third installment is currently open.”- Arrate Hidalgo 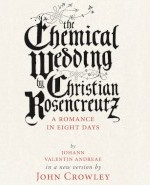 The Chemical Wedding by Christian Rosencreutz: A Romance in Eight Days by Johann Valentin Andreae in a New Version, by John Crowley (Small Beer Press, November 8)

“Often described as an alchemical allegory, John Crowley instead decided this is “the first science fiction novel.” After all “it’s fiction; it’s about the possibilities of a science; and it’s a novel.” No matter what else it might be, it’s definitely “one of the great outlandish stories in Western literature.” With eight appropriately weird and fascinating black and white woodcuts by Theo Fadel.”

“The Memoirs of a Polar Bear has in spades what Rivka Galchen hailed in the New Yorker as “Yoko Tawada’s magnificent strangeness”―Tawada is an author like no other. Three generations (grandmother, mother, son) of polar bears are famous as both circus performers and writers in East Germany: they are polar bears who move in human society, stars of the ring and of the literary world. In chapter one, the grandmother matriarch in the Soviet Union accidentally writes a bestselling autobiography. In chapter two, Tosca, her daughter (born in Canada, where her mother had emigrated) moves to the DDR and takes a job in the circus. Her son―the last of their line―is Knut, born in chapter three in a Leipzig zoo but raised by a human keeper in relatively happy circumstances in the Berlin zoo, until his keeper, Matthias, is taken away.”

“A grand scheme for retaking Iserlohn is delivered to Reinhard, who with renewed determination seeks to become ruler of the galaxy and to fulfill the oath he made with a dear, departed friend. But what are the aims of Phezzan, the third force at work behind the scenes? Meanwhile, no sooner is Yang breathing a sigh of relief when Julian returns from his first combat mission than he is summoned to an inquest and departs for the capital of the alliance. As if waiting for this opportunity to strike, however, the imperial military’s fortress appears right at the gates of Iserlohn. The battle between two gigantic fortresses begins.”

“Set at the contact zones between Haiti and the Dominican Republic, this is a polyphonic novel, an intense and sometimes funny pharmacopeia of love lost and humanity regained; a most original combination of Caribbean noir and science-fiction addressing issues of global relevance including novel takes on ecological/apocalyptical imbalance bound to make an impact.”